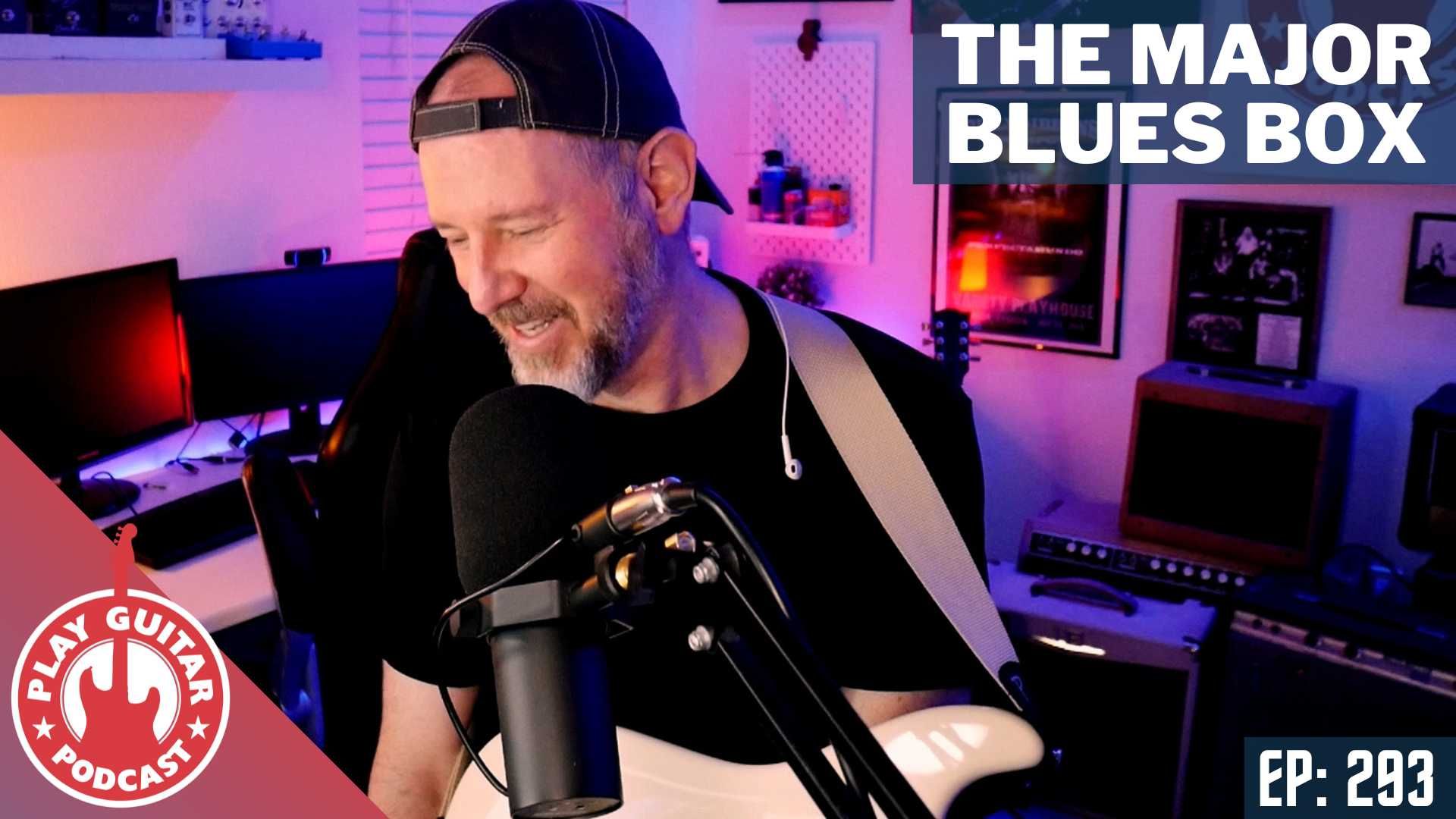 The sweeter side of blues guitar can be found in this very simple and very flexible pattern called the Major Blues Box.

Let's find out how this thing works.

See part two of this lesson inside the Academy: https://www.playguitaracademy.com/

You hear of economy picking which is a method that saves you time and effort by removing unneeded pick strokes across strings.

And there is the economy of movement in classical technique which keeps the fingers close to the fretboard and only moves when appropriate.

But, I've been fascinated for years by a player who used a different type of economy. It's BB King and his economy of the Fretboard.

He is a master of how many sounds blur the lines of major minor happy and sad.

Forget for a moment that he is BB King and all that comes with that sort of fame.
Just listen to him.

If you think about it, in music we are given two emotional temperatures: happy and sad.

If you play in major, that's as happy as it gets... super happy.

Sure, there are things that we can do to emphasize happiness and sadness, but the harmony is just there... super happy and super sad.

That's not how we actually are. If you think about it, there may only be one time in your life when you are as happy as you'll ever be... if you're lucky.

And the same goes for sadness.

The vast majority of the time, we are somewhere in the middle experiencing things like contentment, joy, apathy, boredom, hopefulness, depression, enthusiasm, delight, grief, and confusion.

So when someone cracks that code in music and is actually able to communicate real everyday emotions... people take notice.

B.B. King cracked that code and could seamlessly blend pure happiness and pure sadness into many different shades of human emotion.

And he did it while barely moving positions on the guitar.

He could get all of these blended sounds in one place.

Now, I know that that isn't the only area he played on the guitar. If you watch any video of Thrill is

Gone, you will see him play in patterns 1, 2, and BB Box (pattern 3) and jump up to hit the high root note for emphasis and punctuation.

But the majority and complexity of his playing stayed in one place - the BB Box - or the Major Blues Box.

If you haven't heard last week's podcast, make sure you do. We started with the minor blues box - the so-called Albert king box.

And we took a look at how you can use and bed to the notes around this simple shape to get many other sounds.

Well, today, we are taking that idea and giving it some gasoline with a Major jumping-off point.

I'll talk about the thinking behind this pattern and the way it is used and give some examples today.

But, remember that on the following Monday, you can see the video version of this podcast and learn along with me.

And, to continue today's lesson, I have a very valuable part 2 video along with the tabs, charts, and backing tracks that are available to supporters in the Academy.

I'll have a link in the show notes to get access to part 2.

So, let's take a look at this awesome tool and how we can use it to start playing some fantastic blues licks in one area, that speak directly to the emotions of your audience.