Speed Up Your Guitar Playing - 024 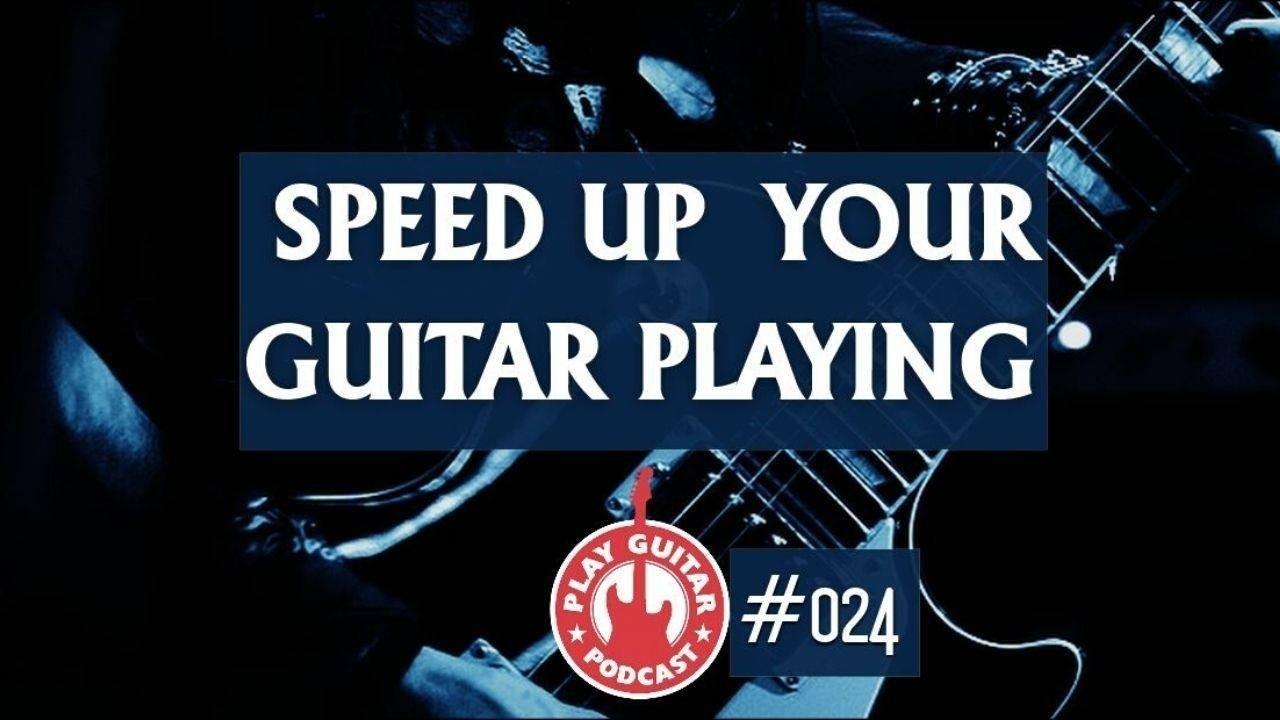 Being able to play faster isn't out of your reach. Join me today and find out which small adjustments you can make to speed up your guitar playing.

I got the idea from one of my lessons this week. And I thought it could help a few others out as well.

It was only much later that I realized that playing fast wasn’t always the best choice. But try telling that to 12 year old me. It probably would have gone into one ear and out the other.

I knew what I wanted to learn. And it was a struggle.

It’s very interesting learning the guitar. Most think that you just have to hammer away at this thing, practicing all of the time to get any better.

But, sometimes, a small tip that someone gives you can take you farther that months and months worth of practicing can.

Today I start out with a small tip that did me a world of good. It seems like common sense, but it’s such a small thing that most miss it and you wouldn’t think It helps as much as it does.

Then I give a few other techniques that can definitely speed up your playing if you incorporate them into your practice routine!