Store About Us Podcast Login

How do I learn guitar notes on the fretboard? 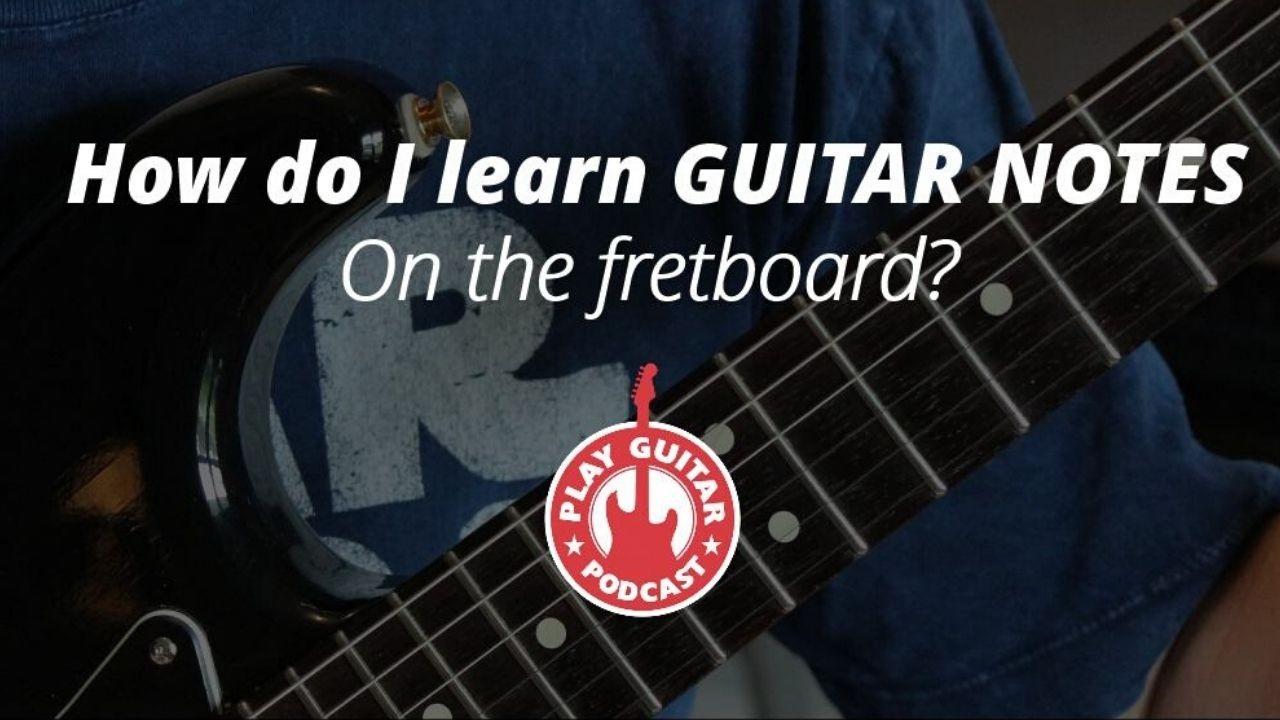 Why learning the notes on the fretboard is so important for guitar players..

It is surprising just how many guitar players really don't know the notes on the guitar.

It is the most common problem I deal with in my guitar classes.

Having a solid understanding of how the fretboard works can help any guitarist (beginner through advanced) speed up their progress on the guitar... ten fold.

Also, the confidence that I have seen in students after learning the guitar notes and fretboard is worth its weight in gold!

Not knowing the fretboard was holding me back! 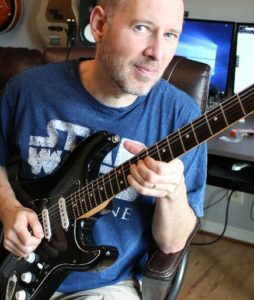 I started playing guitar when I was 12 years old.

I just loved learning songs but after a point I realized something. While I could copy my favorite songs, I had no idea how and why these songs worked.

It really hit me when I joined my first band that played original songs. All of my riffs and licks that I had learned were useless.

I couldn’t play other peoples guitar parts in our own original songs. I had to figure out the “how and why” of music. And I needed this knowledge fast!

When I started to learn about the tools I needed to make my own music (scales, chords etc.) one thing became very clear...

I had no idea how the guitar worked.

All I had learned on the guitar to this point was tablature. All I knew was to play a certain string on a certain fret.

I didn’t know the names of the notes or chords or scales that I was playing. I needed some help!

If you are anything like I was, this blog is for you! I eventually learned that understanding the guitar notes and fretboard isn’t as complicated as I thought.

The fretboard makes a lot of sense.

Once you understand a few key ideas, it will make sense to you too!

1. The Alphabet of Music 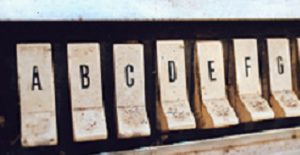 This first point is more for beginners.

When you talk about notes on the guitar (or any instrument), we have a common language: The Alphabet of Music.

It’s very simple really, we use the first seven letters of the alphabet to represent our notes:

These notes happen to be all of the white keys on the piano.

What are sharps and flats?

These are not all of the notes though! We also have some “in-between notes”. You may have seen them as the black keys on the piano.

These “in-between” notes are shown with symbols.

2. The notes on a single string (the chromatic scale)

The guitar, unlike the piano which separates the sharps and flats out as black keys, has all of these note in a line.

Here is the order of notes on the A string of the guitar:

One note can have two names

The first question you might have is: Where are all the flats? Well, there are two ways to name these “in-between” notes.

Let take a look at the A# above. That note actually has two names. 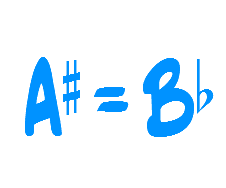 The next thing you may have noticed is that there are sharp notes between every regular note except for two places.

B going to C and E going to F are the two places on the piano that you have two white keys together with no black key in-between.

Here's the formula to remember the notes on the guitar:

All notes on the guitar have a sharp or flat note in between them, except for B going to C and E going to F.

So, give this a try! Pick any of the other strings and apply this formula as you go from fret to fret up the neck of the guitar.

If you used it correctly, your note on the 12th fret should be the same as the note you started with!

3. The fretboard repeats after the 12th fret

So, now we know all of the notes from the open string to the 12th fret of the guitar. But what happens on the 13th and higher frets?

It’s easy, you just start over again! The 12th fret is the same as the open string of the guitar. That’s why most guitars have two marker dots at the 12th fret.

It’s special. Just start your formula over at the 12th fret and keep going until you run out of frets.

With these two bits of knowledge you should be able to find any note on the guitar.

It may take you a little time, but you will be able to do it!

You will find this a very powerful bit of knowledge that can help you no matter what stage of guitar player you are.

4. Where do the guitar strings overlap?

Up to this point, we have been understanding how the fretboard works going up the strings of the neck. To understand the fretboard completely, we also have to know how it works from string to string.

If we use our formula from above on the low E string up to the fifth fret, it would look like this:

When we get to the fifth fret, we find out that it is an A note.

That is also the same note as the next higher open string (the A string). This is where the E and A string overlaps.

You can use the same process on the A string:

The fifth fret on the A string is a D note.

That is the same note as the next higher open string of the guitar (the D String).

This works for all of the strings except one.

The G string is different.

If we use our formula on the G string, we find that the fourth fret gives us the same note as the next open string:

The fourth fret on the G string is a B. That is the same note as the next higher open string: The B string.

Understanding how the strings overlap is essential for chord and scale work.

Everyone who plays guitar understands how important shapes and patterns are to the instrument. Just learning a few chord shapes and scale patterns can get you up and running on the guitar.

The key to getting better on the guitar is to take these shapes and patterns and really understand the notes that are underneath them.

One of easiest and most common shapes on the guitar is the shape of an octave. The octave shape gives you two of the same notes but one is the next higher version.

This shape is the same as the outside notes in a power chord. Look at the image below for the common octave shapes.

One great way to use this octave shape is for figuring out notes in the middle of the fretboard.

The string most players know the best is the low E string. It is the string that most often contains the root of the chord.

A lot of players memorize the notes of the low E strings and leave it at that. But, if you use your octave shape, it can show you what the name of the other note is on the D string because the top note and the bottom note of the octave shape has the same name.

Using the other octave shapes off of the A and D string can also help you find the other notes that are tough to find in the middle of the fretboard.

The notes in the octave shape can speed up the process of learning the notes on the inside strings of the guitar.

The time you take to really understand these five concepts will be time well spent.

Although this is fundamental stuff, it is not just for beginners.

I have seen a lot of guitar students in my classes that have been playing for years who didn’t understand just how the fretboard works.

Understanding this valuable information unlocked the door for them to move ahead with their playing and fun on the guitar!

I hope you now understand how the fretboard works and what a little bit of knowledge can do for your guitar playing.

My question for you is: What was the point that you realized that you needed some help with the guitar?

Was it (like me) out of necessity or something else that made you want to know WHY the guitar works the way it does.

Please let me know in the comments below. I’m always interested in the different paths people go through in their guitar Journey.

Also, check out this weeks podcast and video, where I talk about these powerful concepts and other ideas to unlock the notes on the fretboard.

Keep a look out for next weeks topic on using technique exercises to open up the fretboard even more!