How to Start Playing Double Stops on Guitar - 026 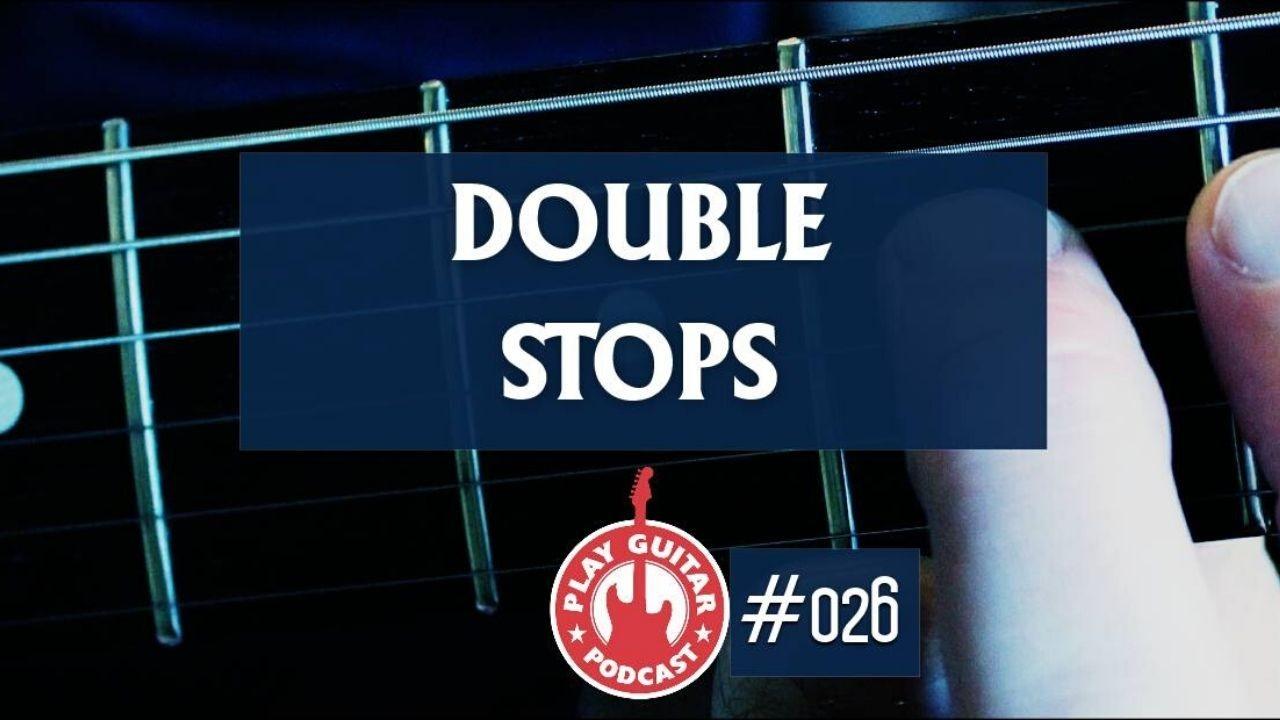 Double Stops: those cool 2 note harmonies that are in so many of our favorite songs.

Its easy to use the chords and scales you already know to start playing them.

When you are learning guitar, double stops are something that you hear a lot about. We have all heard them in our favorite songs, maybe as part of the main riff or background melodies.

Double Stops are two notes (also known as a Dyad) that are played at the same time.

They aren’t quite as complex sounding as a Major or minor triad. But, they are much more harmonically complex than a single note. Very cool!

You can play them from any two strings, either right next to each other or separated by other stings, it doesn’t matter.

Essentially, what you are doing is you are harmonizing a melody by yourself. And, the way the fretboard, chord shapes, and scale patterns are designed, make it really easy to start playing them using the things you already know.

So let’s take a deeper look at the three things you need to start playing double stops on the guitar!

The first thing that we need to know to be able to perform Double Stops is: how our right hand is going to pick.

This works great when all you have are two notes that are on adjacent strings. But, if you have any string skipping to do, just picking is a little tricky.

Most likely the strings in between will get in the way. To just use your pick for notes on separate strings you will have to do some fancy muting.

You will have to touch the unwanted strings so that they do not sound while leaving the wanted sounds to ring out.

I will pick the lower note as usual with my pick. But, at the same time, I pluck the other note with my middle or ring finger.

The combination of the picked note with the plucked note has a very cool sound. This style is also great for offset double stops: meaning: pick the first note, let it ring and then pluck the second note over it so that they eventually ring together. A very cool sound and it should be a very familiar one.

Chords are by far the easiest way to get great sounding double stops. Just picking two of the notes of the chord will get you there. The key is which notes to pick. Each note combination will give you a different color but still match the structure of the chord being played.

The E shape bar chords (the major bar chords that look like your basic E major open position chord) is a great place to start.

Let’s play it as a G chord, so, go ahead and slide the bar up to the 3rd fret.

Now, let’s choose two of the notes to use as double stops. How about the high E 3rd fret (g) and the G-string 4th fret (B). These notes are the 3rd and the root. A very strong sound for the major chord. 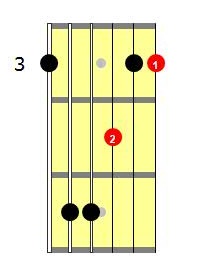 You don’t have to use just those notes. Lets take advantage of the rest of the chord tones. For example I’m going to use the high e 3rd fret (g) and try combining this with each of the other notes of the chord.

How about adjacent strings. Let’s try a few of those.

How about some minor sounds. Lets play some G minor double stops around the A minor shape bar chord. We will slide it all of the way up to the barred 10th fret.

Same thing with the G7 bar chord at the 3rd fret

The next most common way to play double stops is by using scales. By using all of the notes of the scale, you can get so many different colors to your double stops than by just using chord tones.

You have all of the strong notes and all of the weaker notes at your disposal. So, you can paint a much more complex picture with the scale. Just pick two, but, which ones to pick is very important.

You typically hear scales used as double stops in a harmonized type line. While there are no rules and you can combine any of the notes, its very common to hear the double stop notes separated by a 3rd, 4th, 5th etc…

To make this easy We are going to play the first note of the scale. And then, to find the other note of the double stop, we will skip a note.

That gives us the first and third notes of the scale ( the interval of a major 3rd).

Then, after that, we can continue the process with each degree of the scale (the 2nd and 4th, 3rd and 5th, 4th and 6th and so on.

In this example, here are G major double stops created with this 3rd harmony.

We can continue this idea but with different intervals. Let’s try 4ths this time

We will skip two notes each for our major scale double stops this time.

The way pattern one is set up it is so easy to play double stops on consecutive strings. Most of the time all you have to do is just bar your finger over one string to catch them both. Using the skip a note idea with this scale is so easy because most of them are right under your fingers.

This also works out great for the major pentatonic as well

As you get more advanced, you can try these dyads in many other scales as well. The diminished and Whole tone scales because of their symmetrical pattern shapes, work very well. But as you get more familiar with the modes you can try all double stops based on those sounds as well.

And finally, don’t be afraid to use double stops to get some more tense outside sounds as well. You can always use the half step above or below trick to add some tension. Pick any of these easy double stops and play is one fret off. Let it ring there for a while before resolving it back to the inside sound. The longer you let it ring before resolving, the more tension you add to the sound.

Double stops note choices from a scale are usually done by choosing interval distances of the scales and continuing that pattern across the degrees of the scales.