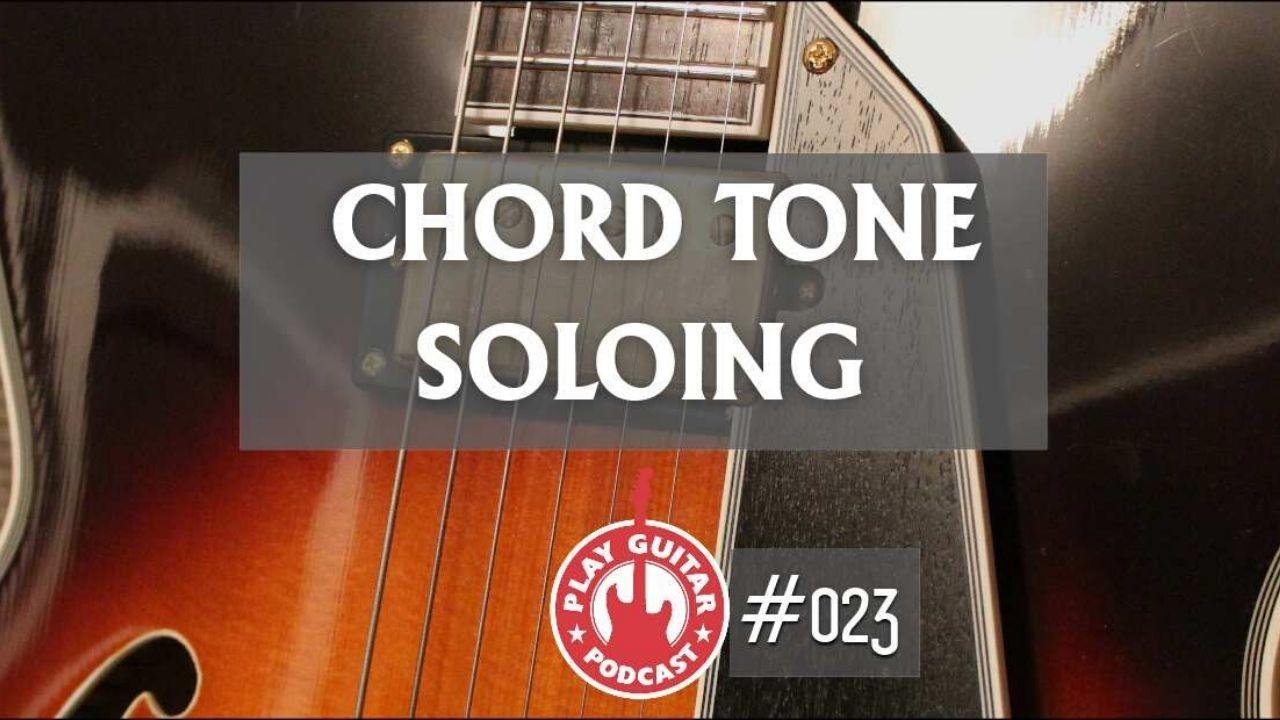 Today, I introduce Chord Tone Soloing! It's a way to build your melodies based on the strongest notes, the ones that are contained in the chord that is currently playing.

I am going to take something old and try to make something new out of it. Chord Tone Soloing is not a new approach to improvisation at all.

It is a way to build your melodies basing everything on the strongest notes, the notes that are contained in the chord that is currently playing.

Then once you are good with the chord tones, the art in it is how you move from one chord tone to the other. The different paths you take to connect the dots.

You choose how much tension you want to use by the path you take moving from one chord note to the next. This approach has it’s roots in jazz but don’t let that scare you off if Jazz isn’t your cup of tea.

It’s a sound approach for any style of music and I’ll show you what I mean by that later on in the main topic.

A few other things before we get started. This week has already gotten off to a great start. The show got a really cool mention on one of Pat Flynn’s videos.

If you remember a few months ago I had some great news about winning something. I was fortunate enough to get to win some time with Pat and it was so much fun! We talked about some business and got to play some guitar. Since then Pat has really gotten serious on the guitar and has been really doing great!

Well the video Pat put out this week is something that I think everyone here listening who wants to build a following with music should see.

It’s called “If I were a musician (this is how I’d build a following).

It goes over all of the best practices for musicians who want to build their business online. Pat also plays his awesome red 335. Which reminds me of the one I used to play in college. (One day, I may just have to get another 335)

Definitely check out the video And thanks Pat for the mention!

Also check out this interview with bassist Carol Kaye:

And check out this awesome article by Terence Wright all about approach notes and enclosures!